The Truth about how I Actually Started Writing

In my last blog, I made it sound as if I simply sat down one day and began to write. I must confess that was a slight simplification. It’s true that when I sit down now with a blank page, ideas come to mind and I fill the white space with little trouble. But getting to this point has taken hard work.

Because knowing that I wanted to write a book was the easy part. Thinking how and where to start proved more difficult. First was the question of genre. What sort of book would I write? Historical memoir, fiction or even fantasy? I quickly decided on fiction, as it offers scope with the added advantage of poetic license – my family is full of scandal after all.

Still, until then, I had only written whenever the mood had grabbed me, which is to say, infrequently. Given those inauspicious attempts, how was I going to embark on a novel?

That was when my partner stepped in. She announced that she knew just the right person: a friend, Dr. Nathalie Teitler who at the time worked as professional editor, poet, sometime academic and consultant. Unbeknownst to Nathalie, we decided to deploy a tried-and-tested Chinese strategy: ply her with food and get free advice (try it!). This strategy only partly succeeded, because when we invited Nathalie to our favourite dim-sum place, we discovered she was a salad lady! We ended up eating all her dumplings, while she did a lot of the talking. She said a good many things, the most memorable being that I had to write every day. 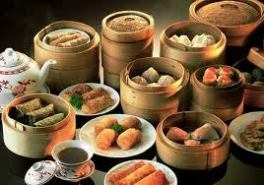 I remember being so shocked that I gulped.  In my own head, writing was something I would do for fun, and certainly not every day!

So initially, I resisted. At the time I was spending my weeks on the “real” business of trading, and I opted to write only on Saturdays. But Saturdays being what they are, things always came up, in the form of meals with friends which my partner would arrange, or invitations to the opera. Fabulous, except I made zero progress on the novel.

On top of that, because writing was on my mind, I suddenly noticed references to the way others worked. For example Isabel Allende, one of my favourite authors, writes between 9 am and 7 pm from Mondays through Saturdays and finishes her first drafts in four months! Ernest Hemingway is reputed to have kept four desks in his house in Cuba, each facing a different direction and used at different stages: one for first drafts, another for the first edit and so on. And Nathalie kept on telling me that even an hour a day was better than none at all.

The more I pondered it, the more I realised she was right. Contrary to popular belief, it’s not only inspiration but also iron discipline and gritty determination, coupled with the crazed belief writers have that people will want to read what’s produced (!), which expel books out into this world. For the first time, I tried to get under the skins of my characters, living and breathing with them. I imagined how they talked, the clothes they wore, their homes, the walks they took, and all this in Malaya of one hundred years ago.

It became an intensely personal journey, because it’s impossible for me to write the story of an Asian woman and not confront the bond which unites us: we are all born into cultures that don’t value girls. I found myself overwhelmed by memories, for example of the many occasions when I heard others tell my mother what a shame I wasn’t a boy. That is a story for another time. Suffice to say that I had to find a way of somehow harnessing this raw energy for literary ends.

That was the moment I asked Nathalie to be my editor. It was a decision which transformed my writing schedule. For the first time, I incorporated writing into my daily routine and gave myself deadlines. I would give Nathalie a chapter as soon as I completed it, and we then met to discuss her feedback. The more immersed I became in my characters’ lives, the more natural it was to sit with them every day.

Of course working with an editor isn’t always easy. Mine happily throws out entire chapters (only once but I’m sure she would do it again), forces me into the type of writing I like least (description in my case) and has never yet admitted she made a mistake (presumably because in art, mistakes are impossible, unlike the real world). On the other hand, she is invariably supportive and gives me wonderful ideas, and I know my book would be poorer without her input.

No sooner had I learnt how to divide my time between trading, writing and going to the gym, than a new challenge presented itself: how to write and keep a partner. This is especially tough given the house rule I’ve instituted: that she cannot speak to me before 3 pm. Fortunately my partner has been amazing so far, despite the odd tweet about her travails. Here’s my favourite:

“Living with a writer means only seeing a 3D picture of them sitting at the table with a laptop. They are far away and cannot be disturbed.”